Our small sample shows much variation in signs based on a rich collection of different building bloks. I think the process isn't understood by the men on the floor: we find body parts in all possible configurations and proportions.
The symptoms aren't confined to the children's signs alone. We have some piteous men too. But there is a plus: you can cut costs and skip quality control, no one will notice. 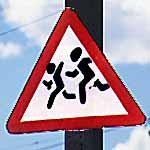 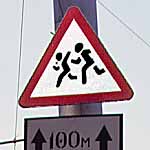 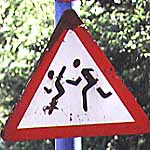 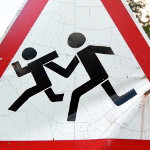 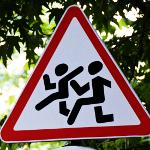 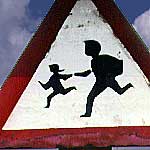