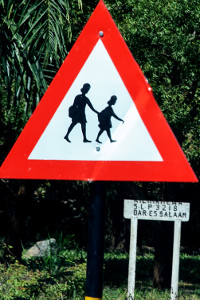 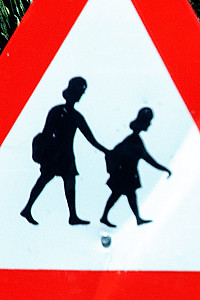 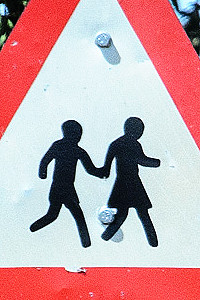 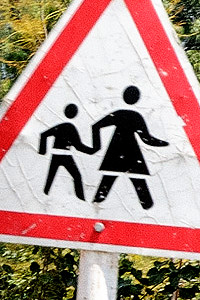 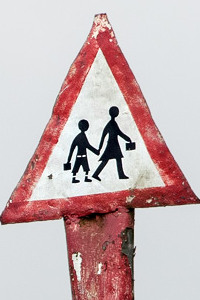 (4) Mufindi, 18.VII.2013; pict. M. Tailly
Though the first signs of sloppiness can't be missed, still a nice batch. And food for thought.

Find (4) is a splendid endemic piece and find (3) has, just like the rock signs, close family in South-Africa. On both it's the girl taking the lead. That is also the case in the weak drawing of (2).

In (1) however, we are looking at two girls and it's the second taller girl who guides the little one. A configuration reminescent of France and New Caledonia where they have the exact same situation with a taller boy keeping little sister under control. 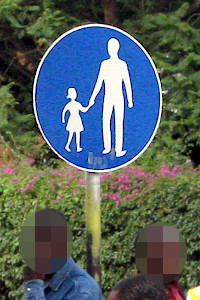 (5) Arusha, 03.III.2008; pict. O. Dochy
We have documented signs of adults with a child in several countries. Sometimes a family is shown of both parents with one or more offspring (e.g. U.S. of A.). Other times it is a mother with one or more children (e.g. Belize, Spain).

More often, however, only one adult with one child is depicted. It is remarkable than in such drawings always a man is shown and the child is always a girl (e.g. Uganda, Hungary, Czech Republic).