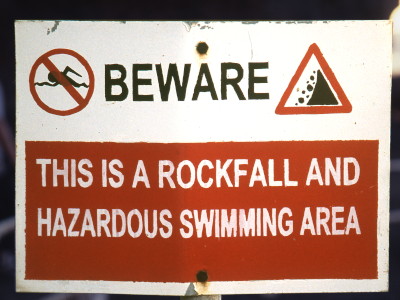 The signs found in 2018 are the kind also found in Great Britain: three pebbles, one boulder and again three smaller stones followed by a huge boulder.

The sign of 2006, however, shows a differ­ent constellation close to, but different from, one of the main types in South-Africa: 3 big boulders with some pebbles interspersed. The Saints made their own flavour in adding two extra stones. Well done! Let's hope they will localize the other roadsigns also. 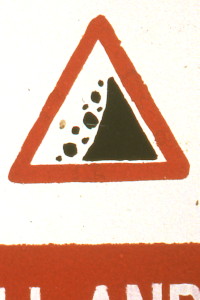 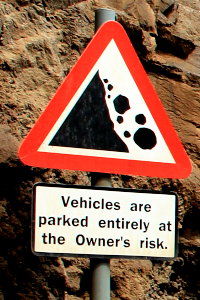 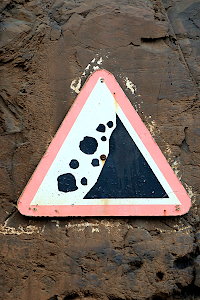 †: From your watchguard — Look what Mr. Mecánico wrote in South Georgia. In my opinion he is often turning his mind just to fit the occasion.