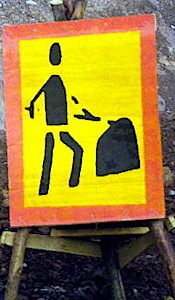 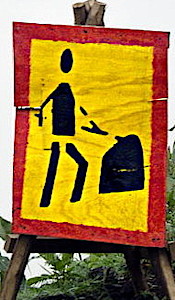 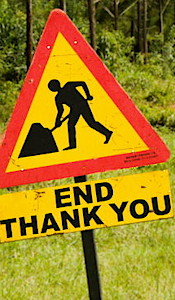 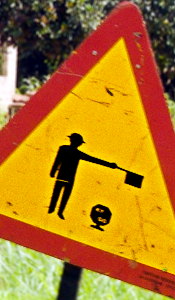 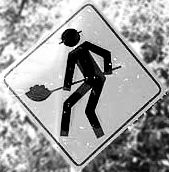 Mexico
My first reaction was How nice, real kitchen table work. But I was wrong. More finds were all identical and betrayed that a template must have been used. It may be an example of how people in these regions of the world are very talented in making the most of the poor resources available to them. It is not impossible, though, that some big supra­national company brought a local breed line to market, just like many prepared dishes in shops boast with grandma's original recipe.

The heaps are rather big, which is a com­mon sight on this continent (see Tanzania, The Gambia), but contrary to the aforemen­tioned countries, people in Uganda start to dig from the top.

They probably know of Bartolomeo's Best Practices. The signalman wearing the hardhat points in the same direction. He may be an immigrant worker from Mexico. Look at his hat. 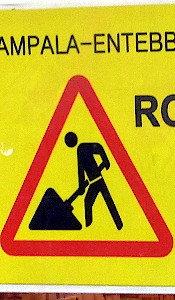 Kampala, 28.i.2017; pict. O. Dochy
We had already a roadworker from South-Africa and now our man on the road found another one from South-Africa. Let's hope he is not fit enough to spread allover the continent. 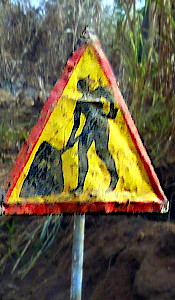 Fort Portal, 24.i.2017; pict. O. Dochy
A variation of the find top row right where the man has grown taller and with wider hips. 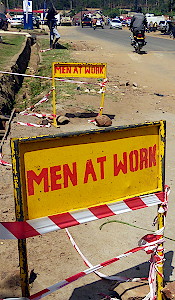 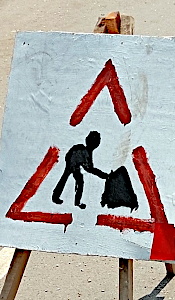 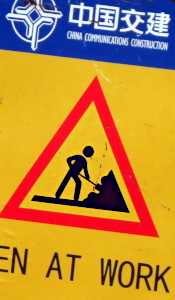 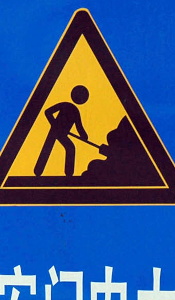