Men at Work in Sri Lanka 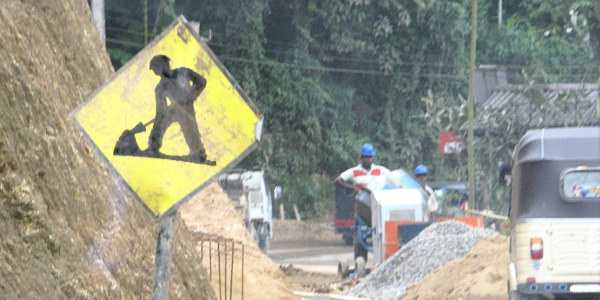 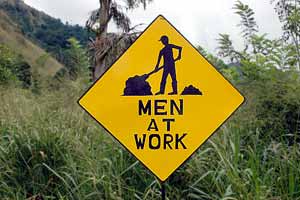 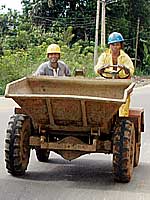 The shape and choice of colours is the new world diamond with yellow canvas. The drawing however is the European kind. The quality of the design varies widely.
The better variety shows much detail. The man wears a cap or a hard hat on his head and wellingtons on his feet — Sri Lanka read Bartolomeo's sheet with Best Practices. 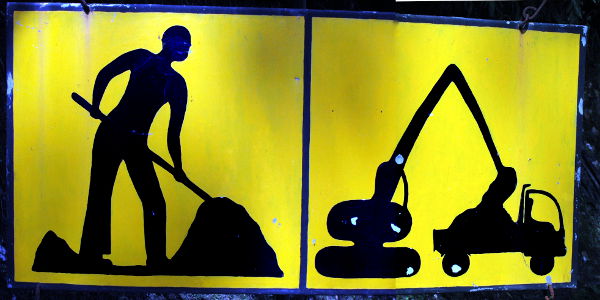 Kandy region, 25.XI.2005; pict. F. Spring
This is still a nice drawing but the first defects are appearing. His trousers are bootcut which is meant to fall over boots and therefore doesn't fit specially well in wellingtons.

It's therefore not the best choice, certainly not if you put your foot in the heap behind you. Having a foot planted in the heap is also a widespread habbit in Spain and, in my opinion, difficult to combine with clean clothes.

The signs on the next row were seen several times and therefore someone must make them by purpose and following a template.

The people (are they still?) shown are most unpractical. One stands in both heaps and the other is like wearing a cape. Probably not the most appropriate attire for a road worker. 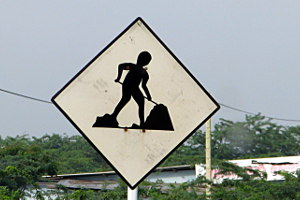 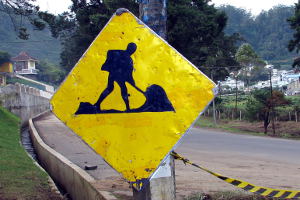 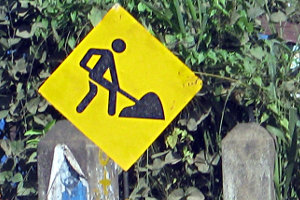 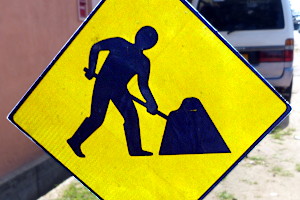 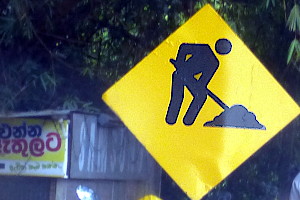 Great Britain
It looks like the local breed of roadsigns are gradually disappearing. The signs come with a more sketchy drawing and only one heap is shown.

Inspiration is taken from several sources. We recognize a man coming from Russia, another one from Great Britain and a third man who belongs to the Mediterranean Workforce (explained in Slovenia).

Notice that in the first two small changes were made in the shape of the heap.