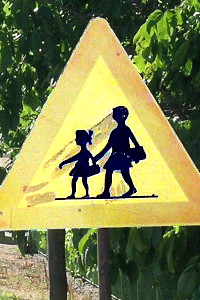 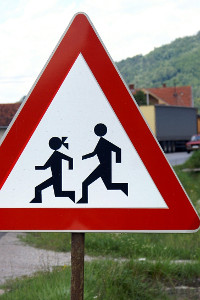 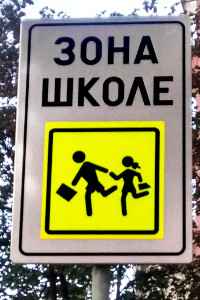 Belgrado, 27.V.2016;
pict. J. Breine
Serbia shares this design with the girl carrying a propellor in her neck with neighbour Bosnia-Herzegovina. Let's hope both countries stick to it. That's what I wrote before the Zlatibor find came in.

Our latest finds suggest that the propellor-girl's time is over. She must make room for much poorer designs also seen in other countries of the region (e.g. Slovenia, Croatia).

Serbia, like Croatia, currently also deploys signs of the Medi­terranean group — originally limited to countries bordering the Sea — which becomes more widespread than ever and nowadays can be found in countries like Ethiopia, or Iran.

It's weird that the parts of former Yugoslavia — a region known for its exceptional strong memory for things deep in the past — turn so readily toward ugly novelties.