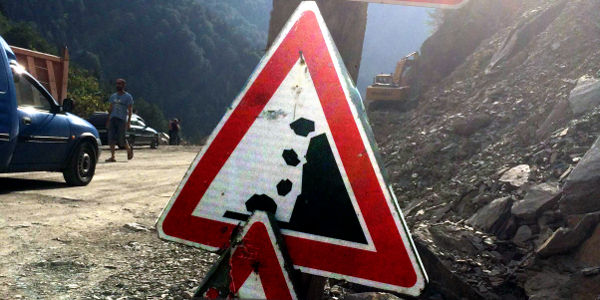 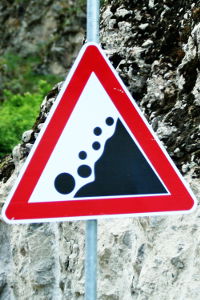 Children's crossing, Men at work and Falling rock signs all alike are strongly influenced by foreign designs. Our two finds are almost exact copies of signs from Germany resp. Kazachstan and very close to Armenia and Ukraine. Only a trained eye will spot the slight differences in the placing of the stones.

The finds on the row below show more character. Huge and weird boulders reminiscent of the German way. Then, with 10 boulders instead of 6, a design very close to the Vardzia sign and which is nowhere else found. The last one is not exactly a Falling Rock sign, but as it is the only sign in our collection with a castle tower, we gladly show it with the others. 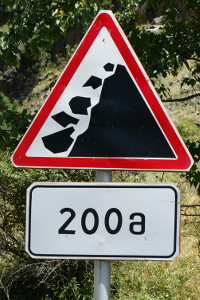 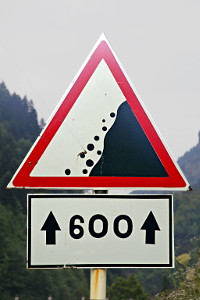 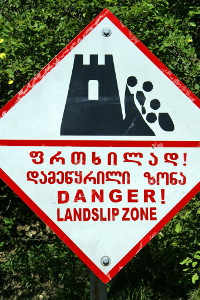 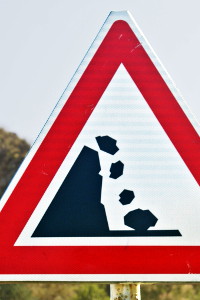 KvabishkeviMestia
pict. J. Koelstrapict. F. T'jollyn
For the casual passerby the signs of Kvabishkevi and Metsia may look like mirrors from each other. Our people in the cold would immediately notice that apart from that, the first and the third stone (counting from the top) are mirrored and rotated!
Path: Home / Country list / Falling Rock Signs / Falling Rock Signs in Georgia
e-mail:
More roadsigns from Georgia: Men at Work Signs - Children's Crossing Signs