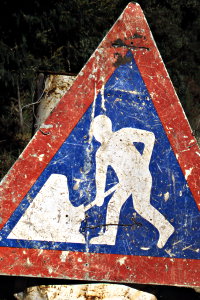 Knysna, VII.1997
Many thousands of kilometers (more than seven thousand in 1997 alone) resulted in just one (1 that is) Men at Work sign which was different from all the others.

The old design, found in Knysna, belongs to the UK-family of signs (see Great Britain). It doesn't come as a surprise given the country's history.

There are two small differences in the type drawing though: here

The new design is omnipresent, shifts away from the UK-family and is much closer to the worker from Germany. But again the blade of the spade is not entirely sunk into the heap; the German worker drives his spade much deeper. It may very well be that roadworkers in Africa have learnt to proceed with more care. After all in this part of the world you never know what may surface when you push a spade in a pile of dirt. 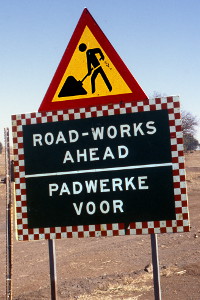 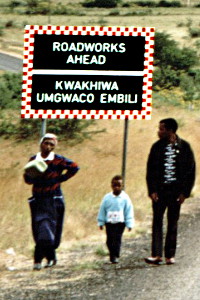 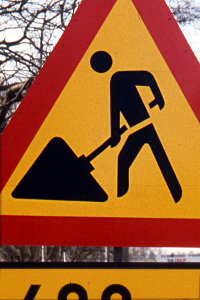