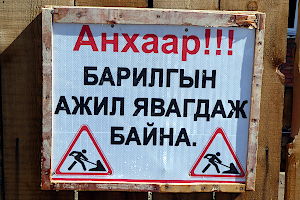 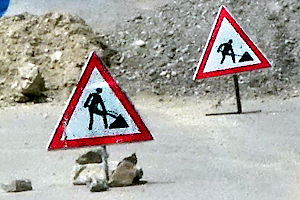 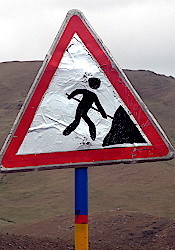 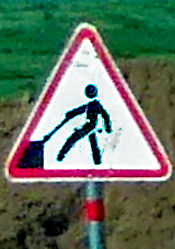 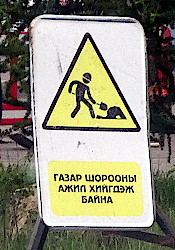 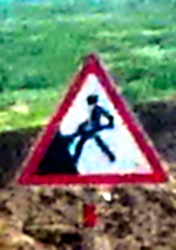 towards Karhore, 20.VII.2018;
pict. J. Breine
The first half of our finds all belong to what we call the Russian Group which can be found in all countries from the former Soviet block with only slight variations (see Russia and, in order to appreciate the range of variation, also Armenia).

The next signs are remarkable because they feature also the blade of the shovel.

The first worker could do with some advice though. It is impossible to credibly scoop earth away while holding your shovel at the far end of the handle. Good point at least is that he began at the top of the heap (some people in Tanzania are digging from the bottom up!). It is clear that Bartolomeo's Best Practices meet a real need.

The next man (notice the broad shoulders) has better control over his spade. The important thing, however, is that he is wearing a hard hat! A safety precaution far too often forgotten. He should look for a smaller size though.