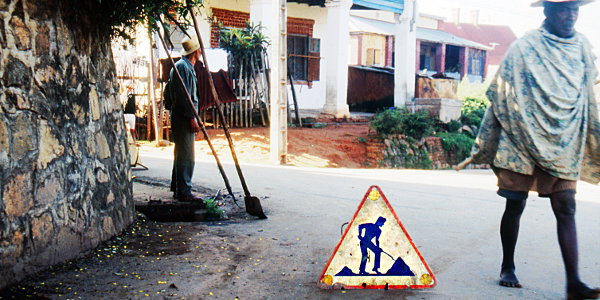 Ambositra, IX.1998
Roadworker's signs in Madagascar show a rich palette of variations on a probably originally French theme: the old-fashioned kind featuring two heaps and a real person (see France).
Only a small fraction of our finds look like they are factory made. Many are hand painted on recycled material or even on a triangular canvas made from planks glued together.
Many Crossing Signs are donated by one organisation or another, but that is never done for Men at Work signs. 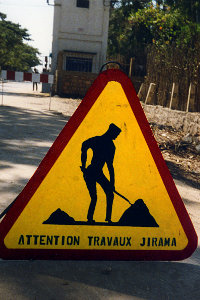 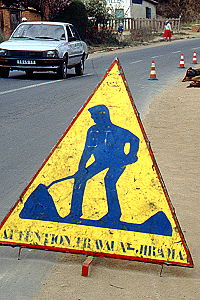 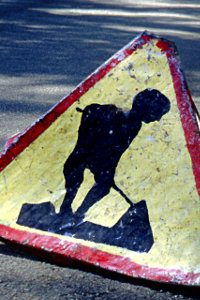 JIRAMA is the Malagasy state's company for electricity and water. Jirama was created in 1975. 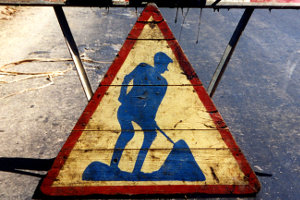 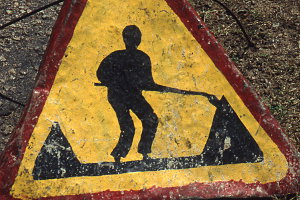 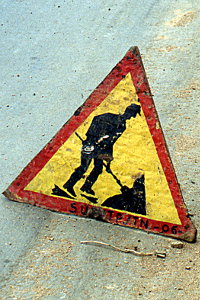 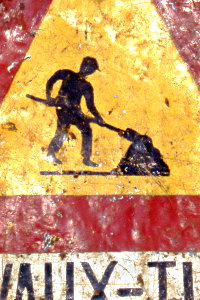 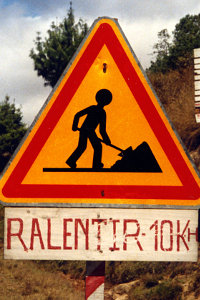 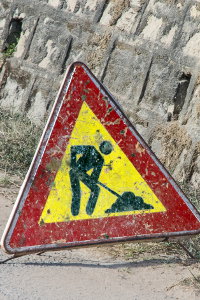 Signs with only one heap form a second, less commonly found, group. On the older signs the man wears a cap; he is bareheaded on the modern imports.

It is not clear why the guy from Antananarivo is shown with wedges below his feet. The man from Antsirabe is swinging on the shaft of his spade. We had a similar case in Spitsbergen and supposed then that the spade got stuck because of a sudden temperature drop. Here, there must be another reason, I guess.

The last two signs are modern designs and import from abroad. The penul­timate is the most common sign in France and was found near a construc­tion site for a new Centre de Sécurité Routière sponsored by the World Bank. So there was money available to buy something new.

The last sign belongs to a group found in countries around the Mediterra­nean Sea (France excluded!). These signs are almost never found out of their native region. (See introduction of the Mediterranian Workforce.)