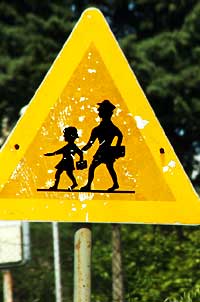 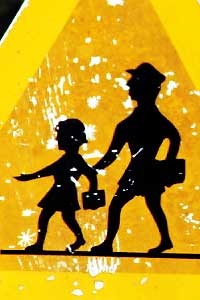 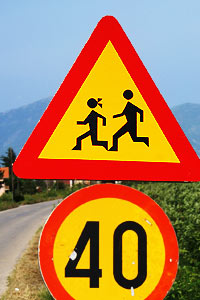 Resen, 24.V.2009; pict. J. Koelstra
Knowing that roadsigns often keep a country's past better than our memories, regular visitors won't be surprised to that this sample looks familiar to them. We've seen the same couple —girl beggar and pittbull boy— in Croatia. Look there to learn why I don't like this sign.
The modern drawing comes in two flavours: yellow or white background. There's no neck on the former and the head hovers freely above the shoulders. Children on white canvas have their head attached by a thin neck exactly like in Slovenia. They must do without the hands though. 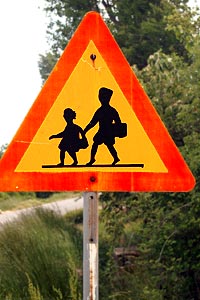 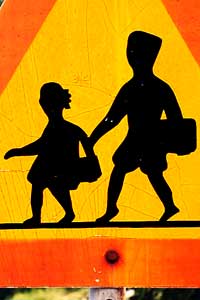 This roadsign brings Belgium to the mind. The global layout is very close. The main difference is the hair of the girl. She wears a hair-slide to keep it neat and tidy. She may have trouble with knots. A ribbon then is less practical. 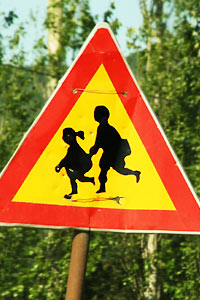 Reminds me of Bulgaria, the signs where the children try a casual jog. It's a sloppy drawing though. 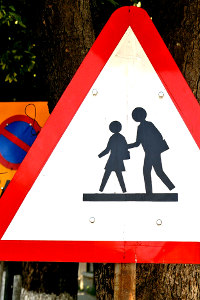 Two grown-ups with a briefcase is typical for the New World (e.g. U.S.A.) though we may spot one on the old continent also (e.g. Jordan).

There are slight differences: