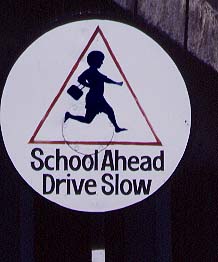 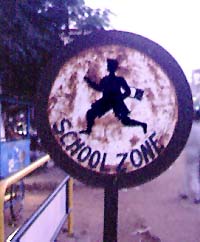 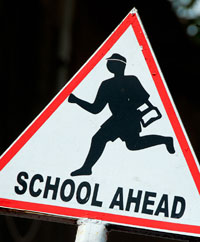 Both boys and girls are always in a terrible hurry. We know of other coun­tries where children are eager to be at school but rarely in this degree. One is tempted to ask for whom are the speed brakers?

I wonder if they wake-up too late, or if they must help too much in the house-hold before leaving for school. Or is it that they simply love their teachers so much?

Mudumalai Nat. Parc (1998);
pict. De Knijf & Demolder
The shape of the sign is freely choosen. It may be round, triangular (like in Europe, e.g. Belgium) or rec­tan­gular (like in the New World, e.g. Belize) it doesn't matter.

The children are alone.
This is rather peculiar because children on their own tend to play (e.g. Canada) instead of running to school (e.g. Argentina). 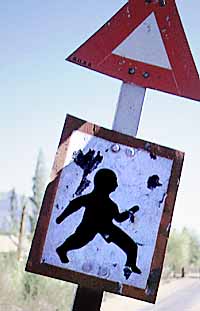 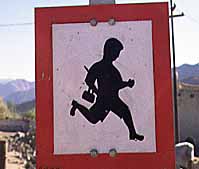 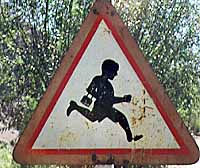 The rectangular specimens often carry a warning triangle on top. This is a primitive characteristic from past times when the open triangle meant danger. The kind of hazard was then specified on the rectangle mounted below the triangle. We have similar survivors from Mauritius, Trinidad & Tobago, Zanzibar and a really nice one from Great Britain. 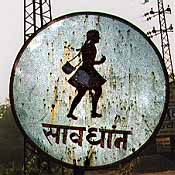 This girl has a much more adult build than the one higher-up. She's walking not running, which makes this probably the only Indian roadsign where the person is not in a hurry. 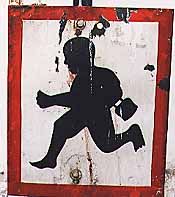 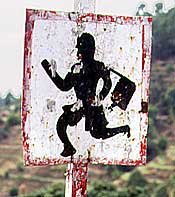 At first sight one would think that this is the common running boy. But then the bookbag is much bigger than usual. And look at the head. This is more like a man with a moustache. A one handed police officer chasing some misfit? 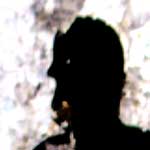 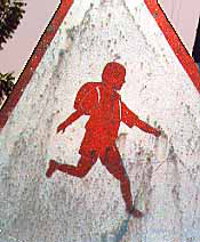 He is in a hurry like most people on this page. But the sign stands out because of the detail in the drawing —he is wearing a shirt with short sleeves— and the satchel on his back. The other runners carry a purse or a book-bag and their movements are less elegant. This boy is almost like dancing. 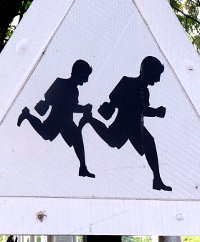 Identical twins in an Indian hurry showing exceptional detail. The design is probably confined to a limited range. We have seen some more specimens all in the same neighbourhood. 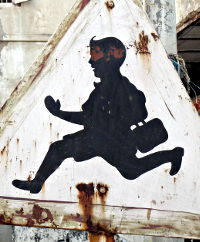 A really nice sign full of detail. In my opinion the drawing could very well have been inspired by Tintin who allegedly has a huge fan base in the country. 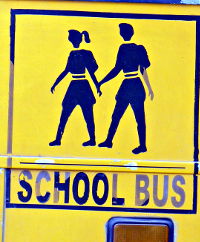 The sign at hand shows people who to me seem several years older than the majority of the populace pictured on the roadside. The design seems confined to schoolbuses only. Another good drawing can be found on schoolbuses in Sri Lanka! 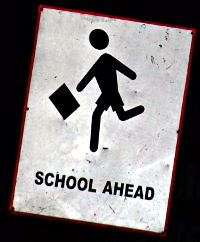 Let's hope that for many years to come no new sign of this kind will come in. It would mean that India drops its diver­se autochtonous range for a charac­terless design which can be found everywhere. Naturally, that is exactly what will happen.
(See also Argentina.) 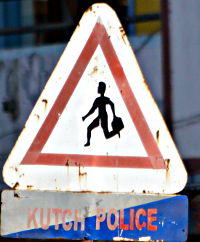 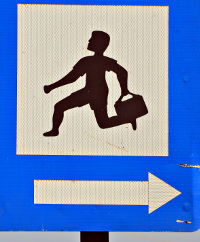 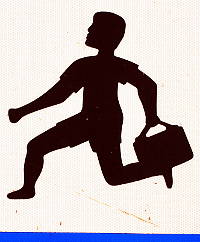